Jessie Green’s career trajectory demonstrates the variety of roles one is able to experience while working for DuluxGroup, with its many different business units. Jessie’s career with DuluxGroup, which has already spanned over eight years, has included six different roles within the group. In July 2021, she was appointed to her current position as Channel Business Manager, Bunnings – British Paints.

She moved into this position upon returning from ten months’ maternity leave. Despite holding a senior role, Jessie is able to work four days a week, devoting the fifth day to spending time with her young daughter.  Jessie and her daughter are benefitting from DuluxGroup’s workplace flexibility. As a Channel Business Manager, Jessie works within the Dulux Retail leadership team on the Bunnings national account. She develops and implements the business strategy for British Paints, a DuluxGroup paint range which is sold exclusively through Bunnings Warehouse.

“My new team has been really supportive in helping me to take on a challenging new role,” says Jessie. Jessie enjoys taking on new challenges and making the most of opportunities presented by DuluxGroup. She has worked across four different DuluxGroup business units.  Prior to her current role, she worked as the Trade, Industrial and Global Business Manager for Cabot’s. Her position at Cabot’s followed on from a three-year stint in the UK with Craig & Rose. DuluxGroup acquired Craig & Rose, a premium UK paint brand, in late 2016.  In early 2017, Jessie moved to the UK to take up a role as Marketing Manager, helping to rebrand the product and relaunch it into Bunnings UK and Homebase stores. Jessie was based in London and regularly travelled to the manufacturing site in Halbeath, near Edinburgh.

Over the course of three years, she helped DuluxGroup to reposition and build the Craig & Rose brand and roll out the range nationally across Homebase stores. She also worked with the team to launch an e-commerce site and open three new Craig & Rose stores. Jessie was a Brand Manager with Feast Watson, a woodcare product range owned by DuluxGroup, for just over a year before her stint in the UK.  Prior to that she was the Digital Marketing Manager for Dulux.  And before that she was a Digital and Promotions Manager with Dulux Trade, her first position with DuluxGroup.

Jessie has built up a diversified skill set during her career with DuluxGroup. Her mentor has encouraged her to expand her skill set for future roles.  She says DuluxGroup do an excellent job of providing employees with experienced mentors to help guide their careers. Jessie Green graduated from Monash University with a Bachelor of Arts, majoring in Journalism and Business Management in 2009.  She completed a Masters in Commerce from Swinburne University of Technology in 2016, while working full time. 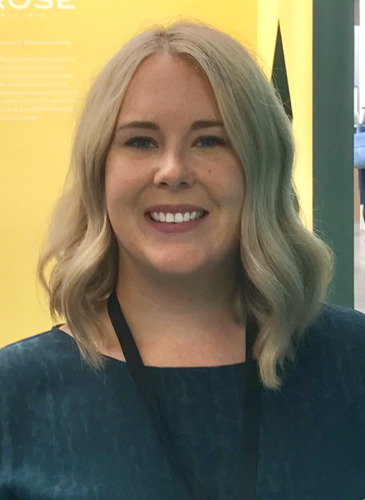